Fighting Covid Is Like Fighting a War Why Biden needs to go big and ignore the worriers.

Why Biden needs to go big and ignore the worriers.

There has been some pushback from progressive pundits — most notably Larry Summers, but he’s not alone — against President Biden’s proposal for a very large Covid relief package. Before I get into the reasons I believe this pushback is misguided, let me say that it’s refreshing to discuss good-faith criticism coming from people who actually have some idea what they’re talking about, as opposed to the cynical, know-nothing obstructionism that has become the Republican norm. 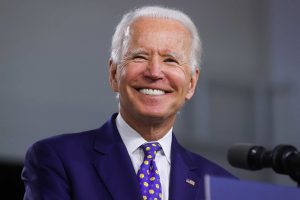 Nonetheless, the critics are wrong. No, the Biden plan isn’t too big. While the pundits’ concern that the size of the package might produce some economic stresses isn’t silly, it’s probably overwrought. And they have the implications of an expansive plan for the future completely backward: Going big now will enhance, not reduce, our ability to do more later.